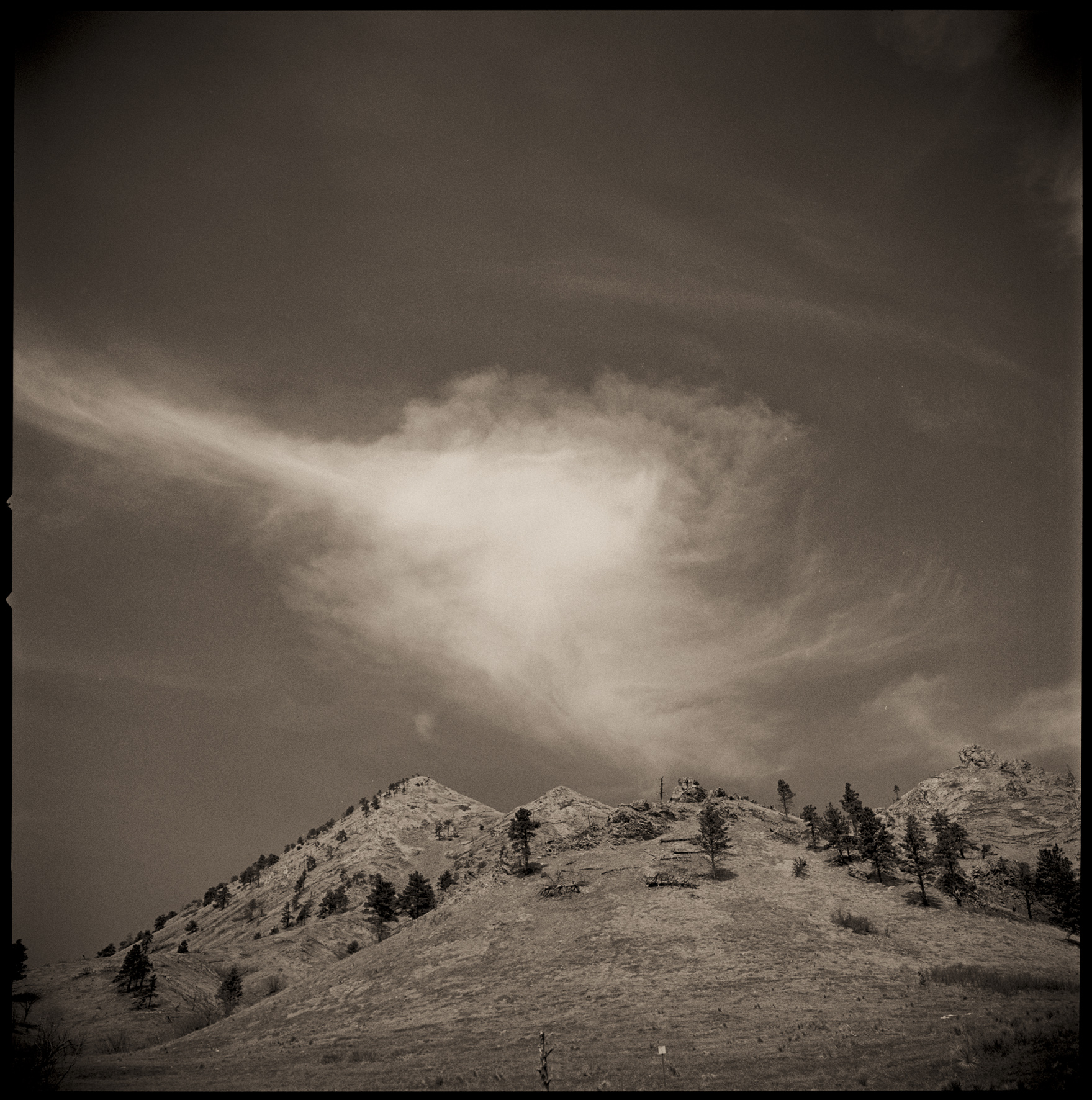 Since October 7, 2010, eleven images taken in North America by Douglas Beasley, the  American photographer whose generous donation allowed the Museum to open a new permanent section dedicated to the sacred North American landscape, are hanging from the skylight that forms the roof of Castello D’Albertis.

Suspended in the void of a double-height space that crosses the sixteenth-century rampart longitudinally and constantly playing with both the sunlight and the night darkness, these images are in perfect harmony and in constant dialogue with the ethnological collections of the Indians of the North American Plains and the Hopi Indians of Arizona, on show on the first floor of the bastion, and envelop the visitor, permeating the environment on a physical and spiritual level.

This event marked the beginning of the project  The Vision Quest, continuing with photography courses, a photographic workshop held by Beasley in the Badlands, U.S.A. (April-May 2011), the presentation of the book “Earth Meets Spirit” and its traveling exhibition.

The Sacred North American Landscape which constitutes a sort of review of the places covered by the images of the 2010 installation.

Just like in the subjects of the photos of the Donation, in this exhibition we find natural places, apparently uninhabited: mountains, trees, skies. Or the wind, thunderstorms, places of prayer and contact with the spirits, pieces of cloth or flags knotted to the branches of trees (prayer strings). We are in the Black Hills and the Badlands in South Dakota, the lands that hosted the bloodiest battles of the native and Anglo-American wars, we see the burial site of Red Cloud, the cemetery of Wounded Knee or we find ourselves in front of Bear Butte , the mountain recognized as sacred by more than 60 different indigenous groups, where people still go to pray, fast and receive and offer gifts and prayers to the Creator.

Time passes, but the ability of Douglas Beasley to convey the feeling of these places, their spirit, rather than simply their appearance, has not changed: we witness, as always, his effort to be totally present, in front of nature’s manifestations  as in front of people, and to see relationships through photography: connecting with the essence of what lies before us,  stimulating us to create the image, as stated in one of his many interviews.

What has changed,  is the double meaning of these images:

on the one hand we look with wonder at these places considered sacred by the Lakotas (Sioux) and we share Beasley’s choice to honor North American Indians by photographing how much more sacred they are to them and how much more they express their values ​​and their spirituality: a landscape is sacred because ancestors lived there, because it was given to them by their ancestors and above all because it represents the ancestors themselves.

On the other hand, we witness his desire to not want to document these sites, but to want to reveal “their meaning”, in the hope of sharing the importance of preserving this land for the spiritual enrichment of the generations to come.

The romantic and stereotyped image of the good and untamed Indian who rides wild across the North American plains, belonging now to our past as well as theirs, is therefore not perpetrated.

These places are constantly threatened by urban development, the uranium mining industry and tourism – as seen in the pictures shown in the last room – and Beasley’s intent is to explore the emotional impact that this entails. His desire is to photograph how these spaces “feel” rather than how they appear; to experiment, to know and share what we are losing forever.

To further amplify this intent, a video with comparative images taken by Beasley over the years, highlights the state of abandonment, deterioration and exploitation of these territories where, in a timeless stasis, populations are strategically left to live on the margins of live ‘existence.

Douglas Beasley’s personal vision explores the spiritual and emotional aspects of people and place and is concerned with how the sacred is recognized and expressed in everyday life.

After receiving a BFA from the University of Michigan, Ann Arbor, he worked for several prominent commercial photo studios as a photo assistant and darkroom slave. Both helped him develop a appreciation for attention to detail and technical proficiency but left him longing for artistic self-expression. He then opened his own studio in Minneapolis, MN emphasizing commercial and editorial fashion. As a strong feminist, he considers himself the world’s most unlikely fashion photographer but greatly enjoyed the creativity and spontaneity of fashion photography. This evolved into shooting extensively throughout the country and internationally for various advertising, educational, public service and non-profit clients. Doug currently works on fine-art based commercial projects around the world.